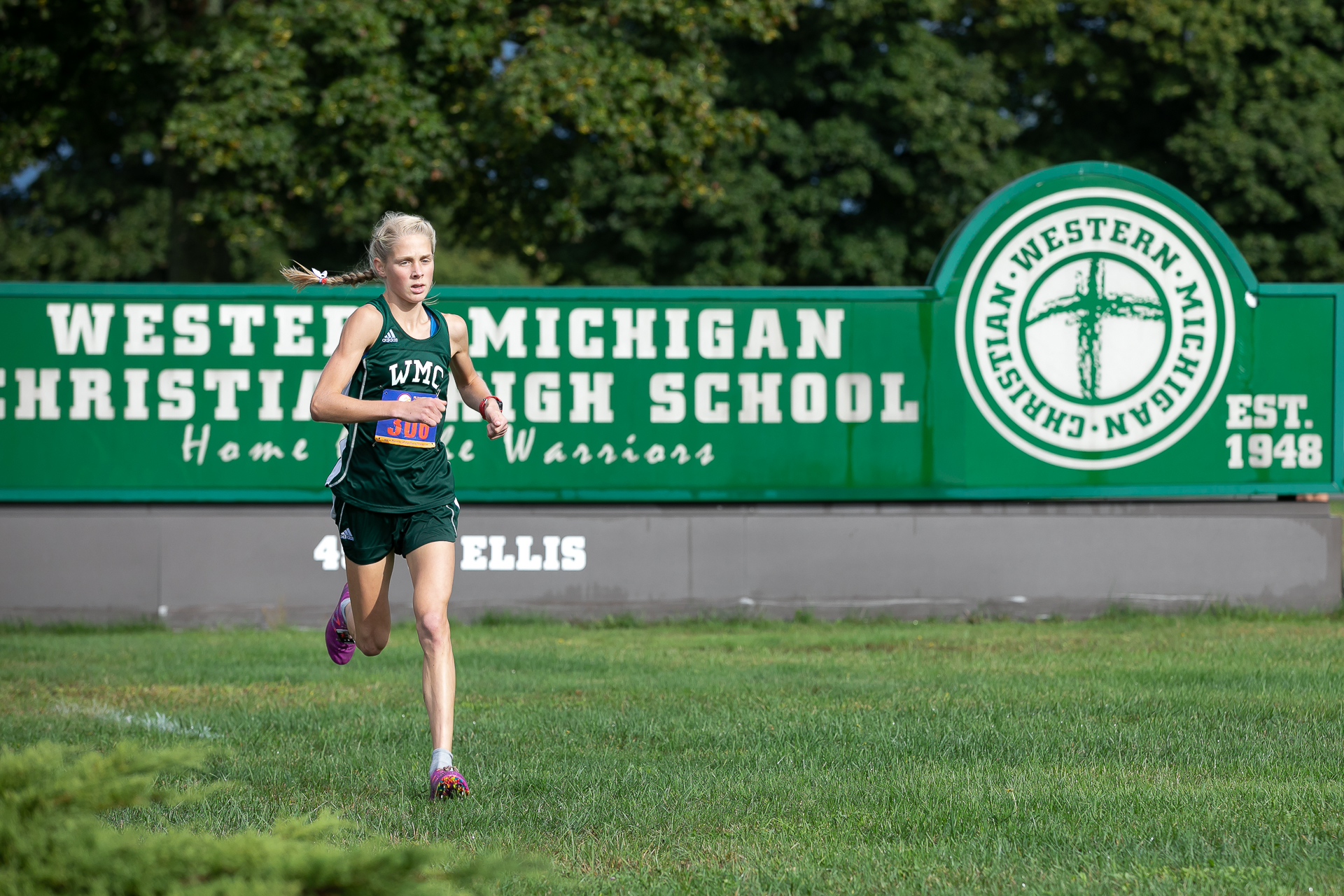 Coach Greg Gould gives the breakdown for the Championship race.

First and foremost, and I know I speak for Abby, her family and Coach Aardema as well; thank you to everybody who supported and prayed for Abby on this incredible journey to her second Foot Locker Cross Country National. To even be in a race like this is incredible, the talent level is almost beyond belief, and no matter your resume there are no guarantees of placing near the front.

I know many of you have watched the race live or online afterwards; read or heard several pre or post race interviews, but I have been asked to provide a recap from a coaches perspective.

I had the good fortune to be able to travel to San Diego the same day as Abby and her family, allowing me to attend Friday morning’s course preview; which I knew from last year would really be the last time Abby and I could discuss potential race strategy or any concerns with the course. Abby found the course to be in better condition than last year and was able to quickly get familiar with her surroundings and settle on a potential race plan.

Saturday morning arrived quickly and the weather conditions were perfect for running fast, after warming up, some time in prayer and the introduction of all forty runners it was finally time to race the two loop course.


Abby found the course to be in better condition than last year and was able to quickly get familiar with her surroundings and settle on a potential race plan.

As expected the start was very fast, driven mostly by Abby’s Midwest team, a pair of girls from the South Region and a pair from the Northeast Region. This event’s split times are captured electronically every half mile. The opening half mile was reached in a very fast 2:26 by the leader with Abby in close contact in fifth at 2:28. At that point one of Abby’s Midwest teammates who is know to be very aggressive in the early going came to the front to keep the pace very fast reaching the mile in 5:09, Abby was now up to fourth at 5:11.

Several girls were still right there in one long line of runners, as the race made it’s first of two climbs up a very long climb in excess of 300 meters, with the first 100+ meters being very steep. This climb would start to slim down the lead group and by 1.5 miles Abby had moved into 3rd, but there was really seven girls in a span of nine seconds; entering the second loop, all of them capable of coming to the front and trying to break away.


by 1.5 miles Abby had moved into 3rd, but there was really seven girls in a span of nine seconds

By two miles the lead group had been reduced to three, Abby and two Midwest teammates reached two miles in 10:43-10:44 and the eventual second place finisher had broken free of the next pack and was closing down on the first three at an incredible rate in a huge effort to attach herself to that group of three before the final climb of the big hill which was coming at around 2.5 miles. That girl made contact with the three leaders just after two miles and now four were on the front and just prior to the final climb the eventual first and second place finishers started testing one another; with Abby working to cover each of the surges as they made there way to the base of the final climb.
The second trip up the big climb was where the fireworks really started as the top two girls were attacking each other and Abby launched her own attack in an attempt to stay with them, dropping the fourth place girl back a bit. By the top of the climb the two leaders had opened some daylight on Abby, but she had really put a big effort in to stay within striking distance should either of them falter on the upcoming downhill and remaining 300-400 meters after that. Amazingly after the last descent the top two still had not been able to get any gap over the other and Abby was still within striking distance if either had misjudged their effort and/or the distance remaining.


Amazingly after the last descent the top two still had not been able to get any gap over the other and Abby was still within striking distance if either had misjudged their effort and/or the distance remaining.

With about 250 meters remaining the two leaders started to really trade surges and accelerated away from Abby a bit. Abby was fully aware that she was running a potential person best as the two mile split was very fast and the pace had not relented much in the final mile. My last vantage point on the course was at this point, about 250 meters from the finish. Knowing I personally could not reach the finish before Abby due to the construction of the fencing keeping the spectators off the course, my only hope to “see” the finish was to get about 100 meters further up the course to just past the three mile mark where the race would cross over the start line and head slightly left to the finish area.

Directly behind the start there was a large display showing the race live, with an official time clock running in the corner… I managed to reach that point just as Abby went by and knowing she could no longer hear me anyway; started yelling at the screen as I saw the potential for a personal best. Abby stopped the clock at 16:55.2, indeed a new personal best and matched her third place finish from last year, in what was the fastest top three finishers in event history on this course, which has hosted all but seven of the forty-one Foot Locker Nationals.

Links to the race, interviews and event coverage.